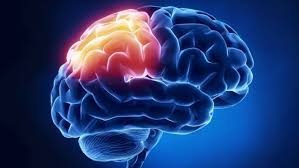 A traumatic brain injury (TBI) usually results from a violent blow to the head that alters the normal function of the brain. TBI can occur when the head suddenly hits an object or when an object penetrates the skull and enters brain tissue. Depending on the severity of brain damage, symptoms of a TBI can be mild, moderate or severe. Mild cases may result in a brief change in mental state or consciousness, while severe cases may result in extended periods of coma or even death.

Brain trauma has a high incidence in the US. It is reported that more than 1.5 million new cases occur every year. As a consequence, many of this people may live with some degree of disability.  An estimated 50,000 deaths occur annually in the U.S., the risk of death after TBI is higher in people older than 60.

Almost 80 %  of cases occur in males, and 50-70 % of TBI is caused by a  vehicle crash. The most common events causing brain trauma include the following:

Symptoms  may vary depending on the severity of the brain trauma; symptoms may include the following:

Patients with TBI need to undergo a systematic evaluation in the emergency room to detect other injuries. A quick examination of the entire body is performed, followed by a neurological exam. The neurological examination includes assessment using the Glasgow Coma Scale and evaluation of pupils and brainstem reflexes. In patients with severe lesions causing an increase in the intracranial pressure, one or both pupils may be enlarged.

The best test for the radiological assessment of a TBI patient is the computed tomography scan (CT or CAT scan). A CT is easy to perform, and it is excellent to detect the presence of brain bleeding and fractures (Figure 1). 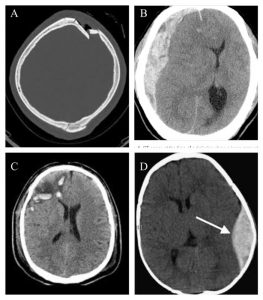 n most TBI patients, the injury is mild, and they only require rest and some medications for pain. However, patients with more severe injuries may need more specialized treatment and some of them will need surgery.

Some patients with severe head injuries may be taken directly from the emergency room to the operating room. In many cases, surgery is performed to remove a large hematoma or contusion that is significantly compressing the brain or raising the pressure within the cranium. After surgery, these patients are usually observed and monitored in the intensive care unit. Other patients may not go to the operating room immediately but instead, are taken from the emergency room to the ICU to watch them closely. Depending on neurological status, in some patients a special sensor is inserted to measure the intracranial pressure . Intracranial pressure monitoring is an objective way to know if the pressure in the brain increases secondary to inflammation or bleeding (Figure 2). 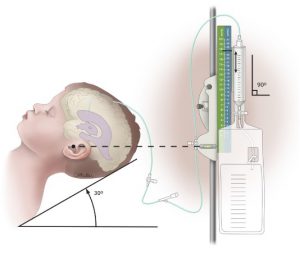 Intracranial pressure monitoring is a useful tool to guide physicians in the treatment of patients with a severe head injury.

Contusions or hematomas may enlarge over the first hours or days after head injury, that is why some patients are not taken to surgery until several days after an injury. Delayed hematomas may be discovered when a patient’s neurological exam deteriorates or when their ICP increases. Sometimes, a routine follow-up CT scan may be ordered to determine if a small lesion has changed in size indicating that the hematoma or contusion has enlarged. 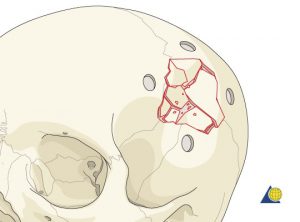 If the patient is found to have a large blood clot in the contusion, surgery may be required to alleviate pressure. If the pressure is severe, parts of the brain may be pushed and cause further damage. Intracerebral bleeding associated with brain contusion tends to show delayed enlargement, which may require surgery several days after the initial injury. 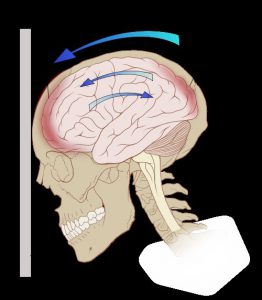 Epidural hematoma. An epidural hematoma (EDH) is located underneath the skull but outside the main covering of the brain (duramater). Epidural hematomas usually result from a skull fracture that tears an artery coursing through the skull (Figure 5). Patients may experience a brief blackout when the injury first occurs and then regain full consciousness. As the blood clot expands they can begin to experience a progressive headache, progress into a coma and even die. However, if they receive prompt surgical care, patients with large epidural hematomas may achieve a good recovery.

Subdural hematoma. A subdural hematoma (SDH) also lies on the surface of the brain, just underneath the major lining (dura). Subdural hematomas are often the consequence of tearing veins that run between the brain and its lining (Figure 5). That may occur more commonly in older patients as the brain atrophies and “shrinks” in some areas, making veins more susceptible to injury. If patients take blood thinners, even a small bleed may become massive. In younger patients, more force is generally needed to produce these kinds of injuries. They may also have “bruising” and swelling in the underlying brain.
Functional outcomes in cases of subdural hematomas often depend upon neurological status on arrival at the emergency department: patients with good function going into surgery can expect similar results after. 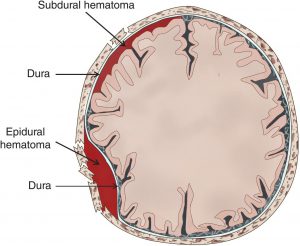 The body’s natural healing response to injury is to swell. Inflammation in the brain, however, can be dangerous because the skull restricts the swelling and pushes on the brain. The brain is enclosed in a rigid box (the cranium); so, when brain swelling is too high, the brain is compressed inside the cranium. This scenario leads to a decrease in brain oxygenation and ischemia, which finally results in severe brain damage. If left untreated, pressure can compress the brain and push it down onto the brain stem. This can be fatal or cause permanent brain damage.
Intracranial pressure monitoring is the tool used to detect changes in the pressure inside the cranium. When the intracranial pressure is too high and doesn’t respond to medical treatment, patients may need surgery to alleviate this severe increase in the intracranial pressure. Decompressive craniectomy is the last resort to treat these patients (Figure 6). 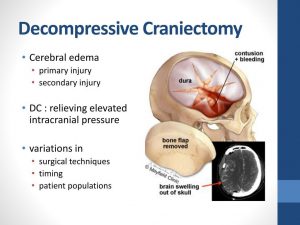 During the operation, the surgeon removes a portion of the skull to provide more room for the brain. After surgery, the bone taken from the skull is usually stored in a freezer or under the skin in the patient´s abdomen. People who undergo a decompressive craniectomy are already in critical condition due to a brain injury. So to a large extent, the length of their recovery depends on the injuries that created the need for surgery in the first place. Most people will spend time in the intensive care unit. Once the person has sufficiently recovered from the surgery and original injury, the surgeon will replace the missing portion of the skull. This procedure, called a cranioplasty, offers further protection to the brain once the swelling has gone down.