From: Portsmouth, England Diagnosis: Normal Pressure Hydrocephalus During several months I was suffering from progressive memory loss and increased confusion associated with important difficulty to walk. After performing a spinal tap to remove cerebrospinal fluid, Dr. Luis Robles determined that I was suffering from NPH and surgery was necessary to insert a pressure valve in… Read more “Paddy Rouse” 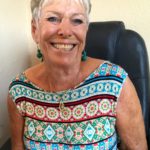 From: Chorley, Lancashire England Diagnosis: Brain trauma/brain surgery Whilst on holiday in Nuevo Vallarta, I was involved in an accident whereby a roof tile fell from a 7 story building and impacted with my head. The tile penetrated the skull and a piece lodged approximately 5cm inside my brain. I presented with slurred speech and… Read more “Peter Bibby” 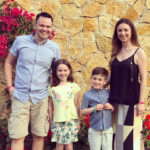 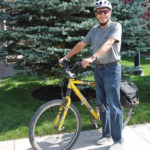 From: Klagenfurt, Austria Diagnosis: Severe head injury During my show act at the downhill bike event “Downtown Puerto Vallarta 2017” I had a major accident and hit a concrete balcony with my head. Even though I was wearing a special downhill full-face visor helmet and other protections, the high speed and direct impact led to… Read more “Franz Grossmann”

From: Puerto Vallarta Diagnosis: Brain tumor – Meningioma Several years ago I started having convulsions and weakness of the right side of my body. Dr. Robles detected a brain tumor compatible with meningioma. Several days later I underwent surgery in which the tumor was completely removed. Thanks to Dr. Robles and his team, my life… Read more “Ramon Montes” 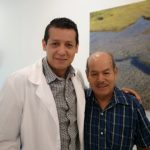 Diagnosis: spinal tumor From: Toronto, Canada   I have immense praise and thanks to Dr Luis Robles for performing emergency surgery in May of 2019 to remove a tumor from my spinal cord, sparing me agonizing pain and probable paralysis in my left leg. My condition was initially diagnosed by a physiotherapist as sciatica,… Read more “Cameron Fitzgerald” 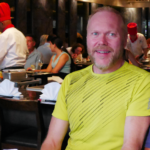 From: Vancouver BC, Canada Diagnosis: Subdural hematoma/craniotomy Katherine had a fall on February 16, 2018. She suffered a subdural hematoma and was unconscious when transferred to the hospital by ambulance. She was put into an induced coma and Dr. Robles and his team performed brain surgery. She was in the coma for six days and… Read more “Katerine Booth” 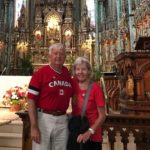 Diagnosis: Brain hemorrhage From: Phoenix Arizona May of 2019, while on vacation in Puerto Vallarta, I suffered a life-threatening bleed in my head. Being far away from our home and family, my partner and I were scared and worried. It’s hard enough going to the hospital in your own city. Going to one in another… Read more “Noah Ashner” 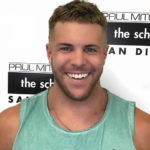